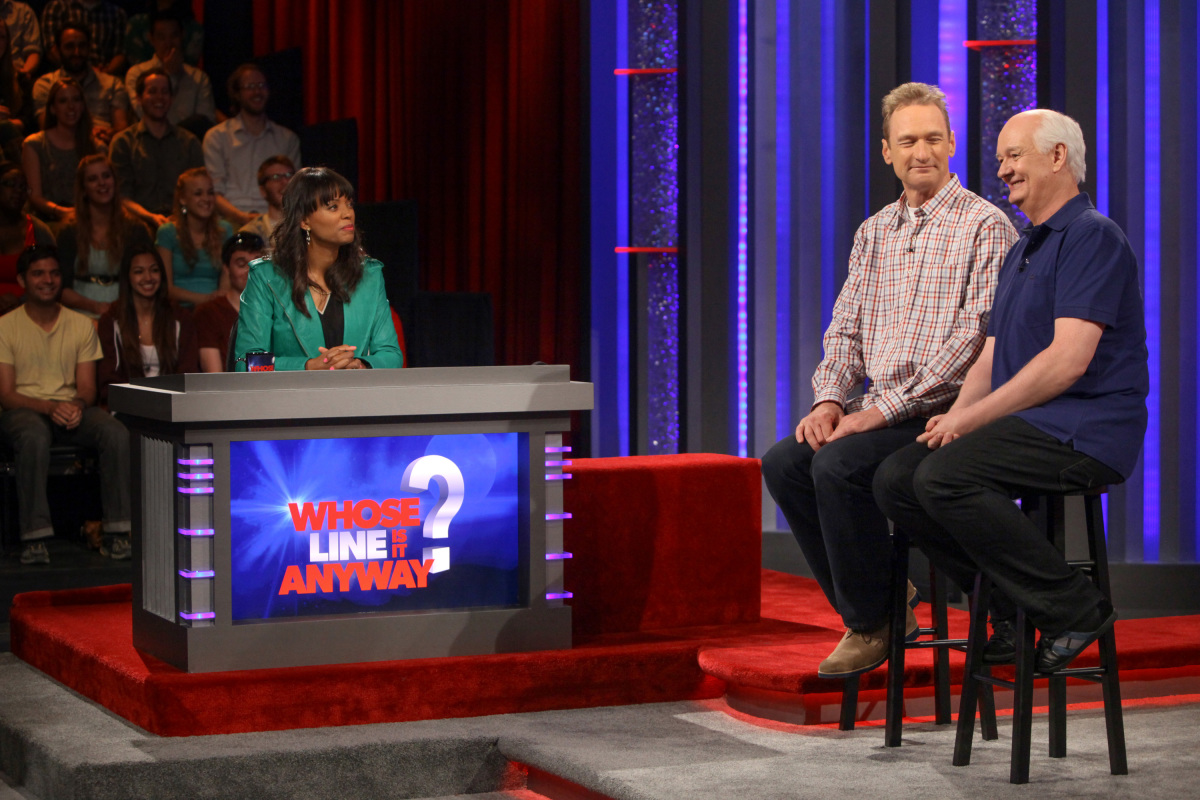 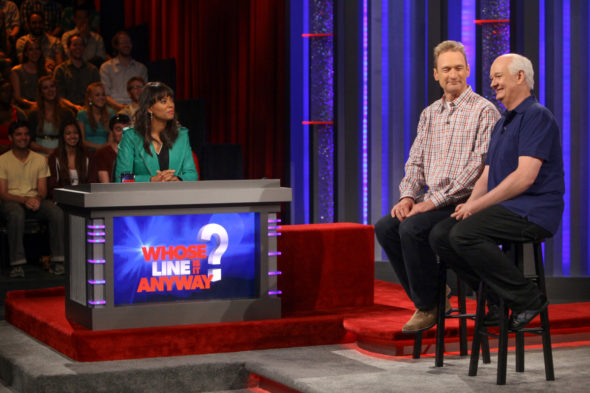 The Whose Line Is It Anyway? performers are going to be kept on their toes for one more year. According to one of the show’s stars, The CW has renewed for a 20th season (the 12th on the network), but that will end the series’ run.

A comedy improv series, the Whose Line Is It Anyway? TV show is hosted by Aisha Tyler. Each episode typically features show veterans Ryan Stiles, Wayne Brady, Colin Mochrie, as well as a guest performer. The foursome tests their comedic reflexes by participating in a series of spontaneous improv games. After each round, Tyler doles out points to the performers and she then declares a winner at the end of every episode (not that the points matter). Guests in season 19 (the 11th on The CW) include Jonathan Magnum, Padma Lakshmi, Darren Criss, and Gary Anthony Williams.

Airing on Friday nights, the 19th season of Whose Line Is It Anyway? averages a 0.07 rating in the 18-49 demographic and 540,000 viewers. Compared to season 18, that’s down by 9% in the demo and down by 8% in viewership in the live+same day ratings (includes DVR playback through 3:00 AM). In the live+7 day ratings, the comedy series picks up about 30% in delayed viewing.

A veteran of the British version of Whose Line, Mochrie has been a star of the American incarnation from the beginning. Now, the performer says that the show’s been both renewed and cancelled. He wrote, “Hey everyone. Hope you are enjoying the current season of Whose Line. In January, we shoot our final season. Thank you all for the support over the years.”

Nexstar Media Group recently purchased a controlling majority of the network (Paramount Global and Warner Bros. Discovery split a 25% interest) and wants to focus on inexpensive and acquired programming. One would think that Whose Line would fit the bill, especially since its produced by a subsidiary of Warner Bros. Discovery. Nexstar may believe that the ratings don’t justify the series continuing and want to try something new.

Mochrie notes that he, Stiles, and other Whose Line veterans aren’t giving up performing. He tweeted, “We will all be touring in various incarnations and who knows what else.”

Given the format’s popularity, it’s hard to imagine that Whose Line wouldn’t be revived yet again at some point in the future.

What do you think? Are you glad that the Whose Line Is It Anyway? comedy series will be back for its 20th season? Are you disappointed that it’s also been cancelled again?