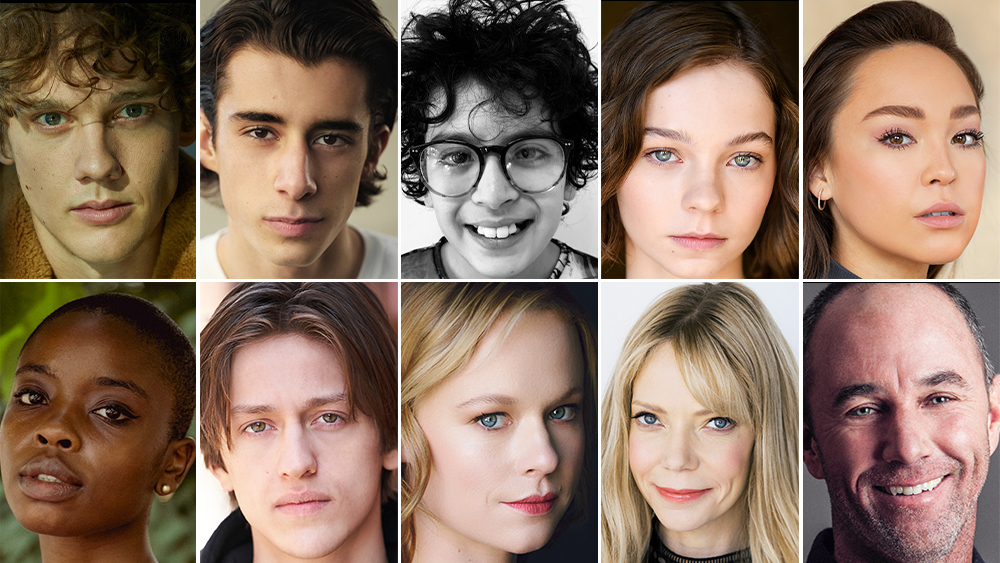 The coming-of-age comedy, written by Smallville creators Al Gough and Miles Millar and to be directed by Burton, is a sleuthing, supernaturally infused mystery charting Wednesday Addams’ (Ortega) years as a student at Nevermore Academy. That’s where she attempts to master her emerging psychic ability, thwart a monstrous killing spree that has terrorized the local town, and solve the supernatural mystery that embroiled her parents 25 years ago — all while navigating her new and very tangled relationships at Nevermore.

Doohan will play Tyler Galpin. A townie who strikes up an unlikely friendship with Wednesday Addams. Tyler has a troubled relationship with his father, the local sheriff.

Farmer will portray Ajax Petropolus. A student at Nevermore Academy who also happens to be a Gorgon. Awkward and shy, Ajax is anxious about looking anyone in the eye.

Mostafa will play Eugene Otinger. One of Nevermore Academy’s quirkiest students and president of the school’s bee-keeping club.

Myers will portray Enid Sinclair. She is Wednesday’s sunny and colorful Californian roommate at Nevermore Academy. Enid hails from a pack of San Francisco Werewolves.

Ogawa will play Yoko Tanaka. A vampire with Harajuku-inspired Goth flair and one of the cool kids at Nevermore Academy.

Sunday is Bianca Barclay. One of Nevermore Academy’s most popular students, Bianca descends from a long line of Sirens with a mesmerizing power to persuade.

White will play Xavier Thorpe. A charismatic and supernaturally artistic Nevermore Academy student, who comes from wealth thanks to his celebrity psychic father.

Birch will portray Tamara Novak. Wednesday’s dorm mother and the only “Normie” on
staff at Nevermore Academy with a focus on all things botanical.

Lindhome will play Dr. Valerie Kinbott. A local therapist in the sleepy town of Jericho who takes a particular interest in her newest patient Wednesday Addams.

McShane will portray Sheriff Donovan Galpin. Born and bred in Jericho, this Sheriff has always had an issue with Nevermore Academy and a vendetta against former student Gomez Addams.

Burton executive produces with Gough and Millar, who will serve as showrunners on the series. Wednesday is produced by MGM Television, which controls the underlying rights to the IP.

Birch, whose recent credits include the Plan B/A24 feature The Last Black Man in San Francisco, is repped by Buchwald and Luber Roklin. Doohan is repped by UTA, McCaffrey Talent Management and Jackoway Austen Tyerman.