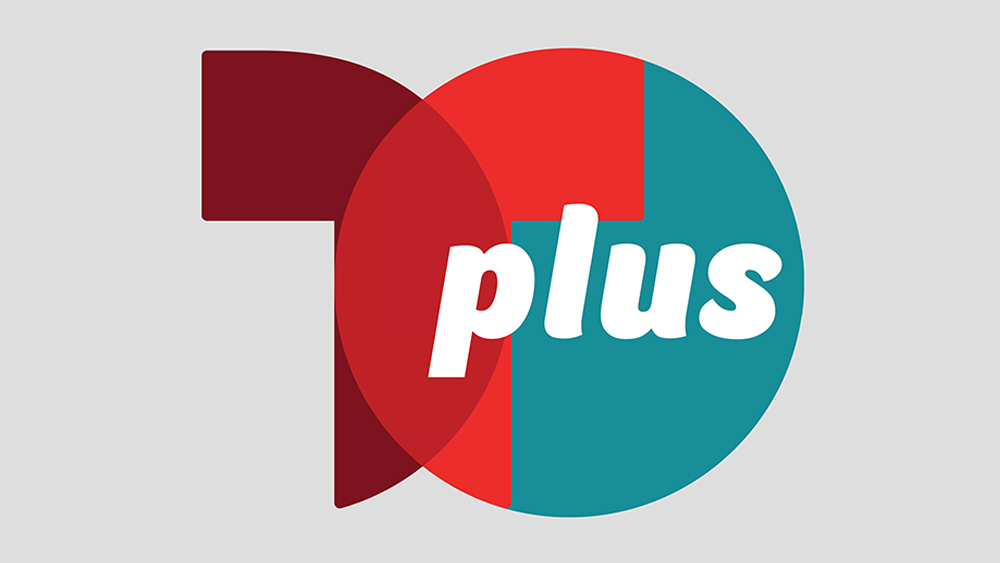 NBCUniversal’s Telemundo Enterprises is launching content brand Tplus on Peacock this fall in sync with the company’s exclusive Spanish-language coverage of the World Cup in Qatar.

Programming under the Tplus banner will be available on the premium tier of Peacock, NBCU’s streaming service, which costs $5 a month with ads and $10 without them. (Some pay-TV and broadband customers get Peacock Premium at no extra charge.)

Programming will range from scripted drama to unscripted projects from top producers to a docuseries centered on Colombian music star J Balvin. (See more details about the shows below.)

Telemundo, which has exclusive Spanish-language rights to the World Cup, will stream all matches in Qatar on Peacock. The tournament is being played in November and December, a switch from its usual summer berth and a concession to the intense heat of the Persian Gulf region.

Soccer has proven to be a subscription driver for Peacock, with Premier League matches accounting for many Premium sign-ups. NBCU parent Comcast has not provided a recent update on Peacock’s numbers, indicating it last summer that it is ahead of internal projections with 20 million monthly active users. No Premium subscriber totals have been released since Peacock’s 2020 launch, but press reports have pegged that number at just a fraction of the overall total. The World Cup, like the Olympics and the Super Bowl earlier in 2022, will offer an opportunity to retain viewers tuning in just for a specific event.

The rollout follows a nearly two-year period during which Telemundo has been a key pillar of Peacock, at one point representing about 20% of the programming hours on the platform. Initially, the company says, the Tplus titles will represent a minority of Telemundo’s overall programming, rising to about half in 2023 and 80% by 2024. While the strategy sets up a potential scenario of Tplus existing as a stand-alone offering, execs say that isn’t in the cards anytime soon.

Competition is growing for U.S. Hispanic viewers as they migrate along with the rest of the TV universe into streaming. Telemundo rival Univision is preparing to launch a two-tiered streaming service, with free and subscription levels, later this year. Netflix and other players have recognized opportunities for Spanish-language fare in the U.S.

At the same time, Telemundo sees Tplus filling a key gap that has to do with more than just language. A new analysis commissioned by Telemundo with Parrot Analytics determined that undervaluing Latinx content costs Hollywood $7.8 billion annually. Studies have shown that Latinx characters are the most underrepresented comprising only 4% of characters, despite representing nearly 19% of the U.S. population. Among shows that center on Hispanic characters and stories, Latino audiences are often 50% or more of the average audience. Demand, in other words, is outstripping supply, the company believes, especially considering how U.S. Hispanics over-index in terms of streaming viewing and mobile usage.

“As the #1 producer of scripted Spanish-language content in the U.S., we are tapping into our deep production expertise and understanding of our audience to launch Tplus, the first and only content brand at scale focused on serving US Hispanics who feel 100% Latino and 100% American,” said Beau Ferrari, Chairman, NBCUniversal Telemundo Enterprises. “We are proud to partner with our colleagues at Peacock to unveil this innovative streaming offering and provide culturally-relevant entertainment, news and sports to reach the widest Hispanic audience possible across language, across genres and across platforms.”

“As the streaming home for Telemundo programming, we are focused on continuing to expand the Peacock catalog with premium content that resonates with Hispanic audiences everywhere,” said Matt  Strauss, Chairman, Direct-to-Consumer and International. “By tapping into the expertise of our partners at Telemundo, we will provide customers with bold new originals, must-stream beloved franchises, and the biggest live sporting events that complement Peacock’s massive library of original, current, and classic movies and shows, as well as the best live news and sports, all in one place.”

In addition to the titles previewed today, the company announced a first look development deal with Bianca Quesada’s ARCUS Studios, a production company dedicated to “expanding the aperture of the Latina)e)o)x narrative.” Quesada is known for her work on Vida and previously served as a writer on American Crime and Star. The multi-year deal outlines an exclusive first look for Tplus at all scripted and unscripted programming in both English and Spanish.

“The Tplus titles we introduced today – along with many more in the pipeline – will resonate with diverse audiences who live their lives across language, countries, and cultures but always want to see the best stories come to life on screen,” said Romina Rosado, Executive Vice President and General Manager of Hispanic Streaming, NBC Universal Telemundo Enterprises. “Our unique connection with the wide range of U.S. Hispanic viewers, coupled with increased streaming consumption of more diverse, multilingual content, and Peacock’s scale will quickly position Tplus as the go-to destination for best-in-class Hispanic content.”

Here are highlights of Tplus programming, with descriptions provided by Telemundo:

Mysteries & Scandals (working title) – A docuseries developed with Stephen Land’s A3, the entity behind franchises like Snapped, American Murder Mystery and Fatal Attraction.

Young at Heart – from Red Arrow’s Kinetic Content, the team behind Love is Blind, Married at First Sight, and Wife Swap, comes Young at Heart (working title). Is the grass greener on the other side? Deep in the heart of the legendary city of angels, three middle-aged LA-tino couples, all at a personal and emotional crossroads in their marriages, find themselves granted the wish of a lifetime. What will they do with the chance to turn back time and swap their current spouses for much younger partners for a month of real-life change? A powerful social and psychological experiment sparked by the current trend of “age-gap” couples, audiences will share in the discovery as to whether the original couples opt to remain together, for better or worse, or dare to embark on a new life alone or with a sexy new partner.

Pulsaciones – Spain’s greatest surgeon, Alex undergoes a transplant of his own with startling results. Able to see his donor’s memories, he decides to investigate the causes of his donor’s death, following clues he sees in flashbacks from his new heart. Along this extraordinary soul altering adventure, Alex encounters the people, both dangerous and benevolent, who may have been responsible for his donor’s death, including a woman who helps rewrite his lease on life.

Messi – the singular life and achievements of sports icon Lionel Messi find a striking new context and impact in this unforgettable documentary film directed by acclaimed film director Alex de la Iglesia. A candid portrait crafted by a series of intimate sit-down interviews, Messi’s coaches, doctors, journalists, childhood friends, and teammates reveal the essence of who he is, on and off the ‘cancha’. An honest and heartfelt experience covering the hardships endured since childhood to the most significant moments of his storied existence, “Messi” stands tall as the definitive film about one of the greatest global soccer gods of all time.

La Formula – Following her monumental discovery of the elixir of youth, a scientist’s reunion with her high school sweetheart drudges up their many dilemmas and issues from the past in the series. After their encounter, the scientist makes the fateful decision to test the formula on herself, with each subsequent dose succeeding in making her 30 years younger. Inspired to live life by switching between her older and younger personas, she inadvertently becomes her own rival. Meanwhile, the scientist’s former boyfriend falls in love with both versions, unaware this love triangle involves the same woman.

Promesas de Campaña – A winding tale of swapped identities and political intrigue. When presidential favorite, Gregorio Cuartas, suffers a medical emergency leaving him unable to campaign, his team is forced to search for a replacement. Enter the humble taxi driver Leopoldo Chica – the perfect body double for Cuartas – who finds himself thrust into a foreign world as he steps into the campaign, and into Cuartas’ family life while he recovers. In his new role Chica learns the vice of politics, and the difference that a humble man could mean for a country.

Cruzando Limites – A medical series with a promise of hope,  asks “what happens when something shatters in an adolescent’s mind?” Tosca Navarro is a psychiatrist and the head of a unit at the cutting edge of treating adolescents with mental disorders. No one else can see into fragile minds with such clarity and wit. But Tosca also holds a secret: a difficult past as a teenager with a personality disorder and a diagnosis of schizophrenia. In order to help her patients, Tosca must think outside the box, and do so quickly, before they cross the threshold of so-called normality.

Armas de Mujer — a provocative new dramedy series from the creative team behind Telemundo’s blockbuster hit La Reina del Sur. Four women suffer their worst nightmare after the police arrest their husbands for being linked to the same criminal organization. Accustomed to a life of abundance, they now must join forces in the most unusual manner as they move from a carefree life of luxury to unleashing all their wiles and weapons to survive. The series features an all-star cast including Kate del Castillo (La Reina del Sur), Roselyn Sánchez (Devious Maids, Grand Hotel), Sylvia Sáenz (Betty en NY, 100 Días para Enamorarnos), and Jeimy Osorio (La Suerte de Loli, Betty en NY, Celia).

Gente Sana – Award-winning global music icon J Balvin’s candid revelations about his journey towards mental wellness remain a significant part of his legend. From Exile Content Studio and NBC News Studios, in Gente Sana, the Colombian-born artist pays his journey forward by visiting the homes of his closest friends, allowing viewers into an exclusive and intimate look at their worlds. A six-part docu-series, J Balvin leads the way through the backstories that shaped their lives, the challenges they’ve overcome, and how they continue to protect their happiness and find peace.