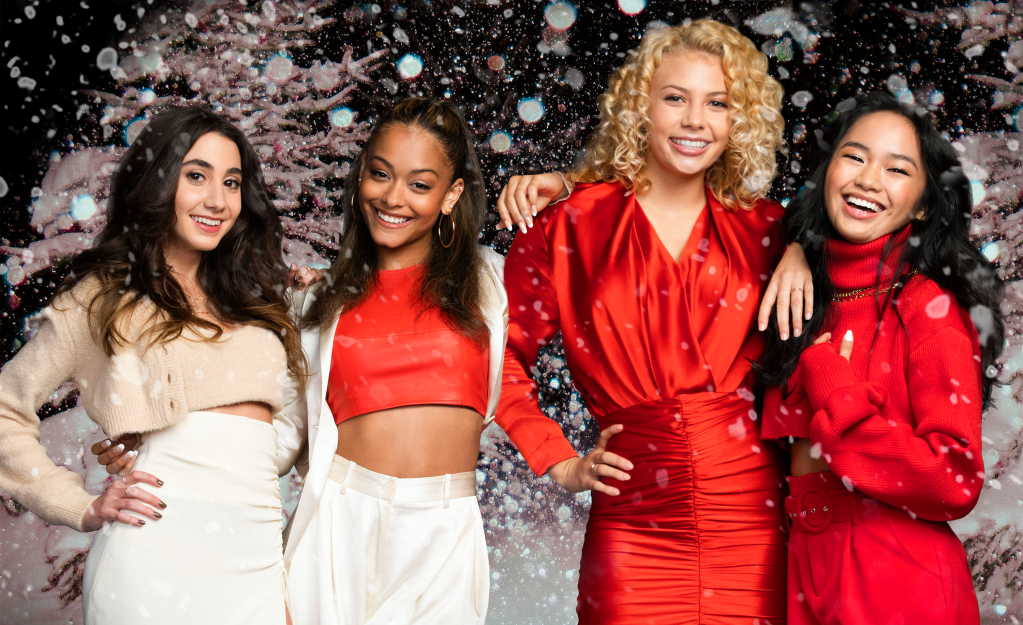 This is a rare music group created by a TV network outside of a reality series. (There are no current plans for Good NEWZ Girls to headline a series for Nick.) This is part of a new larger Nickelodeon music strategy to develop and sign young artists and market them within the Nickelodeon ecosystem and externally.

While there are globally popular girls group like Korea’s Blackpink and the U.K.’s Little Mix, there hasn’t been a new U.S. girl band to make an impact in pop culture in years, since the heyday of famous recent acts like Fifth Harmony and The Pussycat Dolls. Nickelodeon reached out to music leaders Tyran ‘Ty Ty’ Smith and Jay Brown Productions, who also recognized a void in the marketplace for a female pop/R&B group, and the network and the duo jointly launched a talent search in 2019 for a new girl group.

The four singers who were selected are:

Good NEWZ Girls debut EP “Winter Getaway” will be available on Friday, Nov. 19, on all major digital streaming platforms. The first music video off the EP, Let It Snow, is set to premiere today on TeenNick and NickMusic channel, as well as the Nickelodeon YouTube channel.