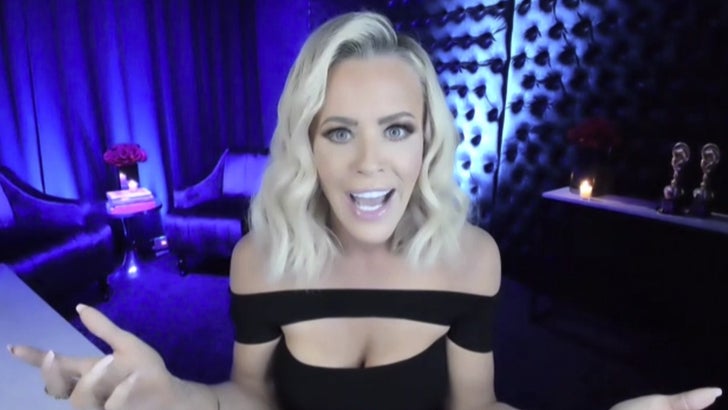 Jenny McCarthy‘s all geared up for the new season of the insanely popular singing competition, “The Masked Singer,” and says it will lead to a new kind of reveal … of the judges’ egos.

Jenny’s one of 4 judges on the show — along with Robin Thicke, Ken Jeong and Nicole Scherzinger — and she joined “TMZ Live” Wednesday to talk about its surprise success … and what they’re doing to keep it fresh on Season 6.

If ya haven’t heard … there’s a brand new elimination twist — the Take It Off Buzzer — that allows the judges to guess the contestant’s identity at any time if they are confident enough. And, if they’re right … that singer has to reveal themselves and go home.

Like Jenny says, it’s a total game-changer and could lead to some glorious moments for the judges … or humiliate them if they’re wrong!!!

McCarthy also reminisced about how stunned she was when her hubby, Donnie Wahlberg, was revealed as one of the masked performers on Season 5 … but listen to who she says really gave her a surprise as far as singing talent goes.

For even more surprises … tune in to “The Masked Singer” tonight at 8 PM ET on FOX, the start of a two-night event.