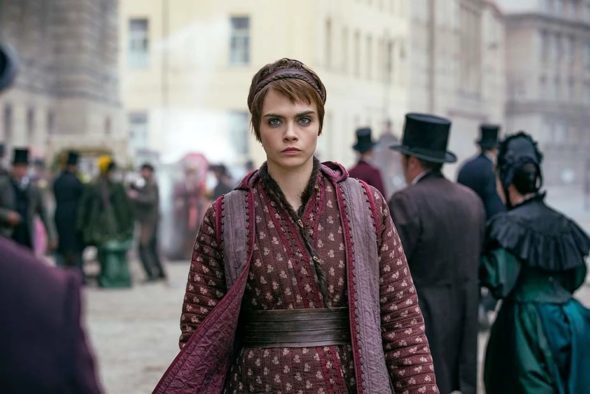 Carnival Row has a return date. Season two of the Prime Video fantasy series will launch in February and the streaming service has revealed that will also be the final season. Starring Orlando Bloom and Cara Delevingne, the fantasy series is set in the Victorian era, where fae and humans live side by side. Caroline Ford, Karla Crome, Andrew Gower, Tamzin Merchant, and David Gyasi also star.

Prime Video revealed more about the series’ return in a press release.

“Prime Video today announced the final season of Carnival Row, the one-hour Amazon Original fantasy-drama series from Amazon Studios and Legendary Television starring Orlando Bloom and Cara Delevingne, will premiere February 17, 2023. The first look at art from the upcoming season was also released today, along with a teaser trailer. The 10-episode season will be released weekly and exclusively on Prime Video in more than 240 countries and territories worldwide.

In a fantasy world where humans and creatures clash, Season Two of Carnival Row picks up with former inspector Rycroft Philostrate a.k.a. Philo (Orlando Bloom) investigating a series of gruesome murders stoking social tension. Vignette Stonemoss (Cara Delevingne) and the Black Raven plot payback for the unjust oppression inflicted by The Burgue’s human leaders, Jonah Breakspear (Arty Froushan) and Sophie Longerbane (Caroline Ford). Tourmaline (Karla Crome) inherits supernatural powers that threaten her fate and the future of The Row. And, after escaping The Burgue and her vengeful brother Ezra (Andrew Gower), Imogen Spurnrose (Tamzin Merchant) and her partner Agreus Astrayon (David Gyasi) encounter a radical new society which upends their plans. With humans and fae folk divided and freedom on the line, each hero will face impossible dilemmas and soul-defining tests in the epic conclusion of Carnival Row.

Carnival Row is a co-production of Amazon Studios and Legendary Television. The series is executive produced by showrunner Erik Oleson (Marvel’s Daredevil, The Man in the High Castle), Orlando Bloom, Cara Delevingne, Brad Van Arragon (Yellowjackets), Sarah Byrd (The Alienist, Strange Angel), Jim Dunn (Marvel’s Daredevil, Haven), Sam Ernst (Marvel’s Daredevil, Haven), Wesley Strick (The Man in the High Castle), and Travis Beacham (Pacific Rim, Clash of the Titans). Beacham’s A Killing on Carnival Row, on which the project is based, appeared on the very first installment of The Black List in 2005.

Check out the trailer and key art for Carnival Row season two below. 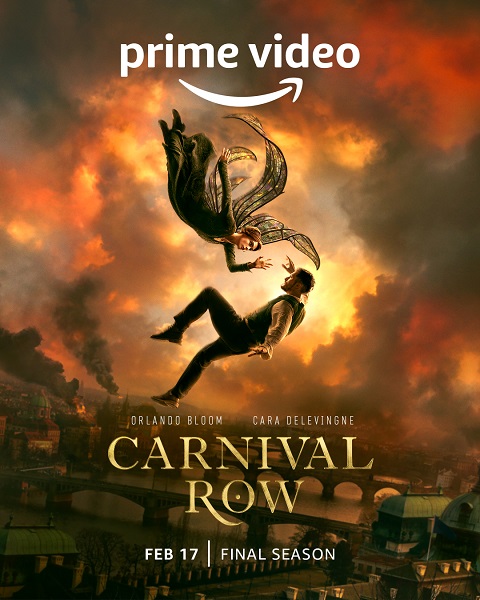 What do you think? Are you excited about the return of Carnival Row on Prime Video? Are you sorry to hear that there won’t be a third season or, is two seasons a good time to end it?