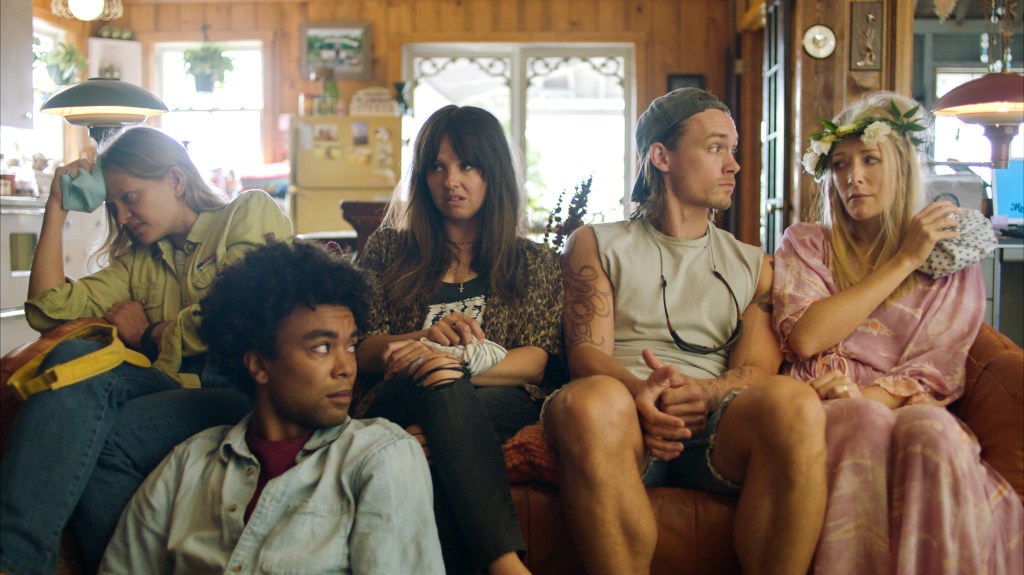 EXCLUSIVE: Moonshine, the Canadian comedy-drama created by Sheri Elwood, will return for a second season on CBC.

Allan Hawco (Republic of Doyle) is joining the cast of the series, which is produced by Six Eleven Media and Entertainment One. Picking up where the first season ends, season two will include dance routines, dirty bingo, snow crab-jacking and a high stakes turf war with a band of outlaw bikers. Fate will manifest very differently for the entire family, with characters fighting their destiny tooth and nail as Lidia goes to extremes to save the business from financial ruin.

Production on the eight-episode season two recently wrapped in Nova Scotia, it will premiere on CBC in 2022. The first season is now available on CBC Gem. Moonshine is distributed internationally by eOne.

“Moonshine is a passion project, and I’m thrilled by this early vote of confidence from CBC,” said showrunner, creator and director Elwood. “I’ve never worked with such a brilliant cast, and the more we scratch the surface of this band of eccentric characters, the more I fall in love with them. I can’t wait to show the world how their stories evolve and learn that we all have a little Finley-Cullen magic in us – whether we want it or not.”

“With a narrative expertly crafted by Sheri Elwood, we’re so proud of Moonshine’s ability to captivate audiences with its motley crew of characters navigating family dynamics, set against a stunning Nova Scotia landscape and timeless soundtrack,” said Jocelyn Hamilton, President, Canada, eOne Television. “The pedigree of talent behind and in front of the camera is remarkable, and we’re looking forward to delivering another stellar season of this show to Canadian audiences next year.”

“We are hard at work to deliver another exciting season of Moonshine for CBC and we’re delighted to be able to shoot in our home province of Nova Scotia with our incredible cast and crew led by the incomparable Sheri Elwood,” said Charles Bishop, CEO and Executive Producer, Six Eleven Media.

Netflix Japan Stars From ‘Alice In Borderland,’ ‘The Makanai’ & ‘Jojo’s Bizarre Adventure’ In Spotlight At Tudum Event
‘Riverdale’ Actor Ryan Grantham Afraid He Could Be Brutalized in Prison
Tyler Perry Addresses Spike Lee ‘Madea’ Criticism with Chris Wallace
In Streaming, Original Films And Series Alone Aren’t The Draws They Once Were, Survey Finds; Games, Sports, News & Audio Should Also Be In The Mix
Dead to Me Final Season Premiere Set at Netflix: Watch the First Trailer