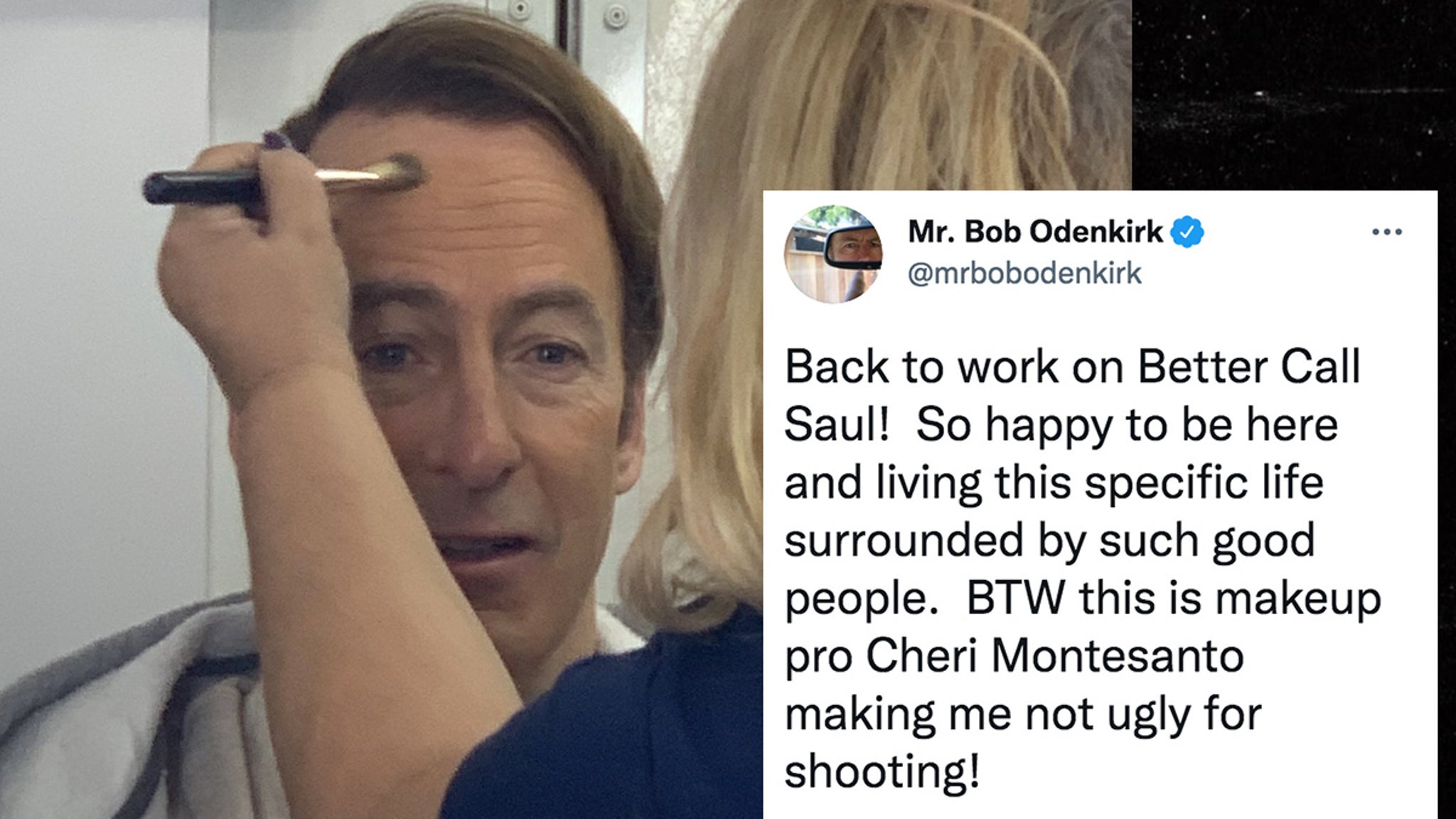 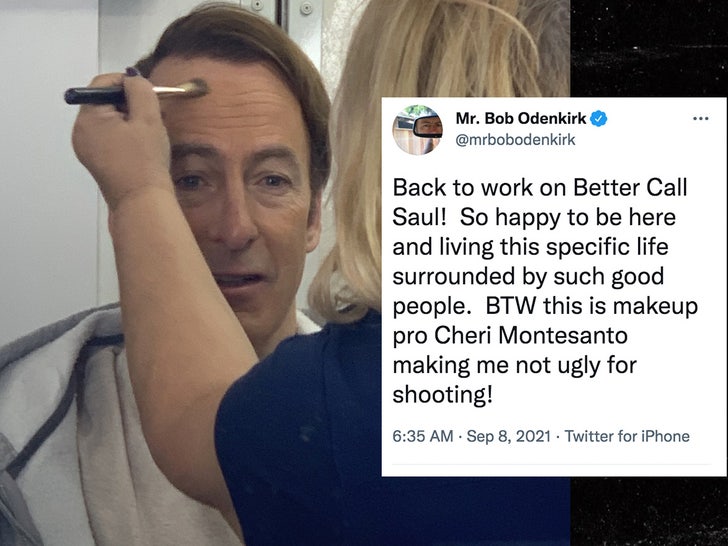 Bob Odenkirk‘s back to his usual self … he’s hilarious and back to work!!!

The “Better Call Saul” star just revealed he’s back on the set a little over a month after suffering a heart attack while filming in New Mexico. He said, “So happy to be here and living this specific life surrounded by such good people.”

Then, a little self-deprecating humor: “BTW this is makeup pro Cheri Montesanto making me not ugly for shooting!” 😅

We broke the story … Bob collapsed while filming on the set of his show back in July. He was rushed to the hospital and later learned the emergency was a “heart-related” incident.

Bob later said he had actually suffered “a small heart attack.” He said he would be okay thanks to the doctors who knew how to fix the blockage without surgery. He had said he would take a beat to recover and be back soon.

It was scary for a while. Remember, he was not conscious during his initial hours in an Albuquerque hospital before he eventually woke up. His good pal and “Breaking Bad” star Bryan Cranston was among the many celebs who asked fans to send good thoughts and prayers Bob’s way.